"An earthquake is the rapid release of energy stored along a fault.  A fault is an opening, or crack, in the earth that has experienced differential movement from one side to the other."-- Gary Patterson, Geologist, The University of Memphis, Center for Earthquake Research and Information, CERI Director of Education and Outreach. Email dated 4/30/2015.

'Aftershocks are earthquakes that follow the largest shock of an earthquake sequence. They are smaller than the mainshock and within 1-2 rupture lengths distance from the mainshock. Aftershocks can continue over a period of weeks, months, or years. In general, the larger the mainshock, the larger and more numerous the aftershocks, and the longer they will continue." --  http://earthquake.usgs.gov/learn/glossary/?term=aftershocks

"An earthquake is the rapid release of energy stored along a fault.  A fault is an opening, or crack, in the earth that has experienced differential movement from one side to the other." -- Gary Patterson, Geologist, The University of Memphis, Center for Earthquake Research and Information, CERI Director of Education and Outreach. Email dated 4/30/2015.

"There are thousands of faults around us, but most have not moved (generated earthquakes) in recorded history.  Occasionally you might find an area that only has one fault, but there are usually many faults associated with the same source. These are fault zones, but any given fault zone may not pose a hazard unless it is currently generating earthquakes. The vast majority of faults/fault zones are dormant. Seismic zones are fault zones that are actively producing quakes today.

Here is where it can be confusing:
The vast majority of the worlds fault zones were formed with direct or indirect relationship to plate tectonic forces.  Areas where the geology can be tied to a specific tectonic event or  located on an active plate tectonic boundary are often called tectonic zones or tectonic provinces. In many cases, tectonic zones are characterized by the presence of mountains, volcanoes, or rift valleys, but some are not so characteristic. Some tectonic zones are currently producing earthquakes and some are not.  Nearly all tectonic zones have faults and can be called fault zones, but not all tectonic/fault zones are currently generating earthquakes.  And not all faults were  created by tectonic forces.  For instance, a large landslide may cause a system of faults, but the landslide may have nothing to do with plate tectonic forces and are too shallow to cause normal earthquakes. This would be a fault zone, but not a tectonic or seismic zone.  Then there is the impact of academic discourse and publication. Although science usually can claim scientific consensus over time on the  area of intense study, there is disagreement.  One mans fault zone is another’s seismic zone and another’s tectonic zone." -- Gary Patterson, Geologist, The University of Memphis, Center for Earthquake Research and Information, CERI Director of Education and Outreach. Email dated 4/30/2015.

"A tsunami is a series of ocean waves generated by sudden displacements in the sea floor, landslides, or volcanic activity. In the deep ocean, the tsunami wave may only be a few inches high. The tsunami wave may come gently ashore or may increase in height to become a fast moving wall of turbulent water several meters high."--NOAA http://www.tsunami.noaa.gov/

What is the difference between a tsunami and a tidal wave?

"Although both are sea waves, a tsunami and a tidal wave are two different and unrelated phenomena. A tidal wave is the wave motion of the tides. A tidal wave is a shallow water wave caused by the gravitational interactions between the Sun, Moon, and Earth. ("Tidal wave" was used in earlier times to describe what we now call a tsunami.) Tsunamis are ocean waves triggered by large earthquakes that occur near or under the ocean, volcanic eruptions, submarine landslides, and by onshore landslides in which large volumes of debris fall into the water." -- http://www.usgs.gov/faq/categories/9755/3141 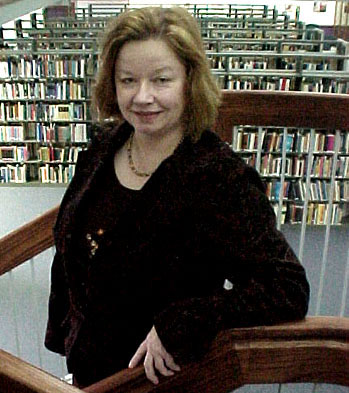